Posted at 15:01h in News, O-Train by Andrea Ward
Share 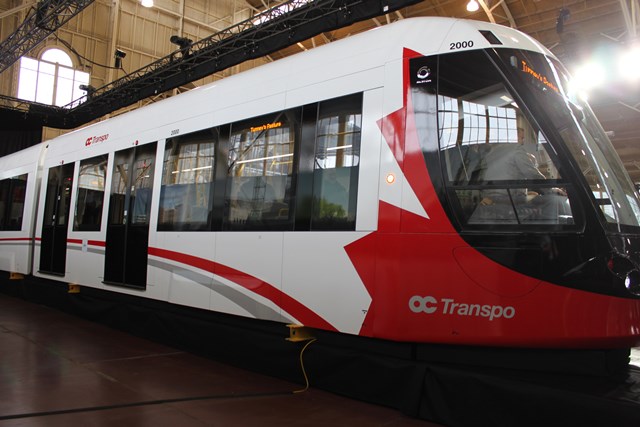 Ottawa – Today, Mayor Jim Watson was joined by Royal Galipeau, Member of Parliament for Ottawa-Orléans and Ontario Transportation Minister Steven Del Duca to unveil the future of transit in Ottawa – a full-sized mock-up of the Alstom Citadis Spirit light rail vehicle that will be used on the O-Train Confederation Line, the backbone of Ottawa’s new light rail transit system.

Beginning January 30, the vehicle will be on public display in the Aberdeen Pavilion at Lansdowne Park seven days a week, from 8 a.m. to 8 p.m., until the end of March.

“Your government is proud to invest in a modern and more efficient public transit system that improves the National Capital Region’s long-term economic growth and prosperity,” said MP Galipeau. “Equipped with these new light rail vehicles, the O-Train Confederation Line will make public transit faster, safer and more convenient for commuters in Ottawa.”

Construction of the Confederation Line will generate $3.2 billion in economic activity and more than 20,000 person-years of employment. Replacing bus and car trips with the zero emission electric trains will reduce carbon emissions by approximately 38,000 tonnes per year by 2031 — the equivalent of taking 7,300 cars off of Ottawa streets.

“This public transit project will provide commuters with more options, create jobs, reduce emissions and improve traffic flow in this growing community,” said Minister Del Duca. “Our government is proud to help build transit that will keep Ottawa moving for years to come.”

The Alstom Citadis Spirit is designed to accommodate a broad range of mobility needs. Thirty-four light rail vehicles for the O-Train Confederation Line are being built by Alstom and will be assembled and maintained locally in Ottawa, providing long-term skilled jobs in the city.

“I’m proud that OC Transpo, working with partners at all three levels of government, have provided these quiet, safe and green vehicles that will create an even more reliable, cost-efficient, and environmentally friendly public transit system,” said Mayor Jim Watson. “Construction on the Confederation Line is proceeding on time and on budget and now, with this display, we don’t have to wait until 2018 to see the future of transit in Ottawa. A future so close, we can reach out and touch it.”

The Confederation Line Transit Project is a $2.13 billion project that is jointly funded by the Government of Canada, the Province of Ontario and the City of Ottawa. Once completed in 2018, it will be one of the most advanced and innovative transit systems in North America, and will serve as the foundation of Ottawa’s planned city-wide light rail network. 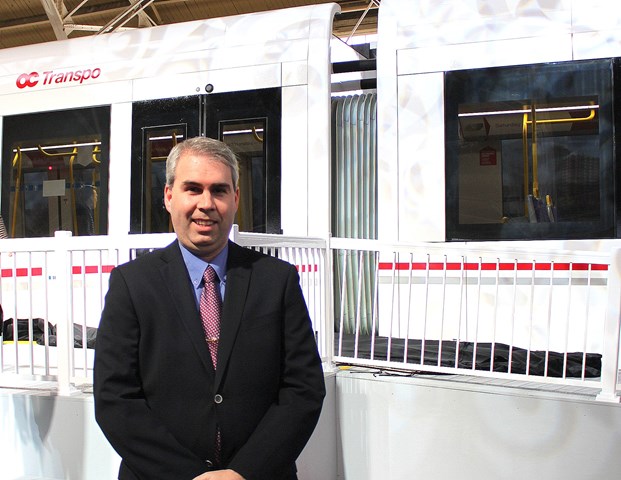 It was great to be a part of today’s special unveiling of the new LRT trains that will run on the Confederation Line. 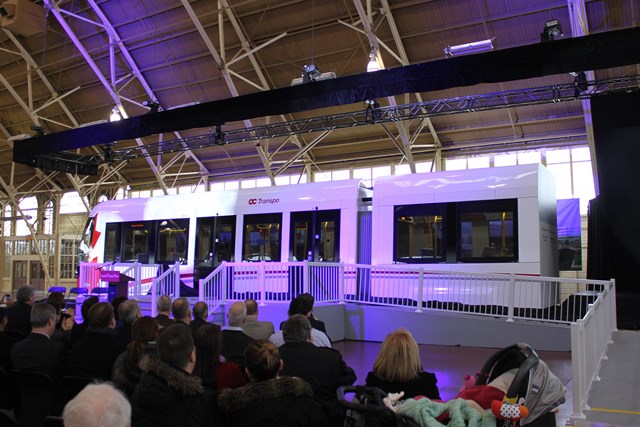 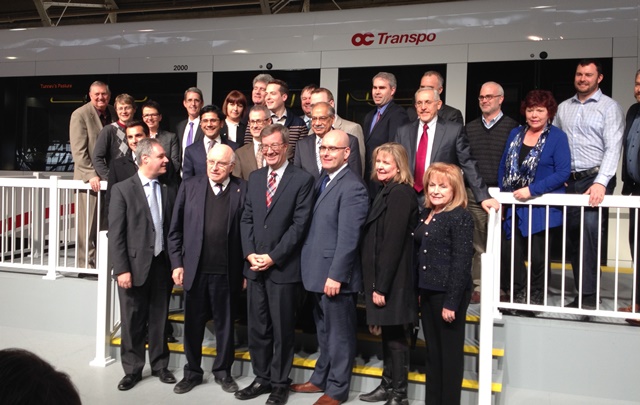 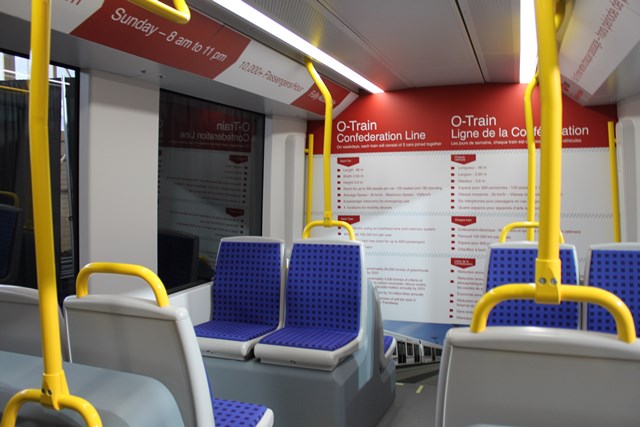 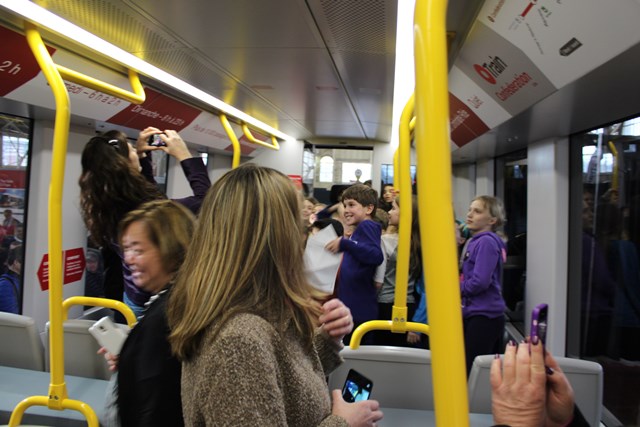 While checking out the new Alstom train at the Aberdeen Pavilion, residents can also see a 1959 GMC Ottawa City Bus that was used to replace streetcars in 1959. 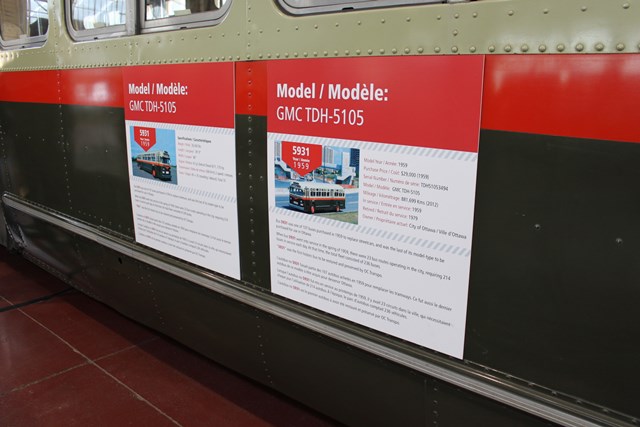 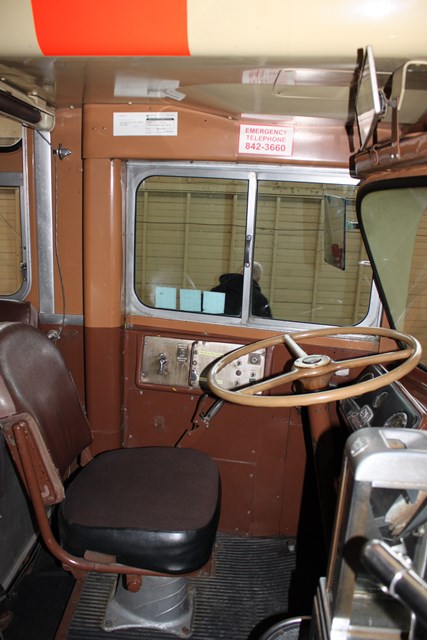 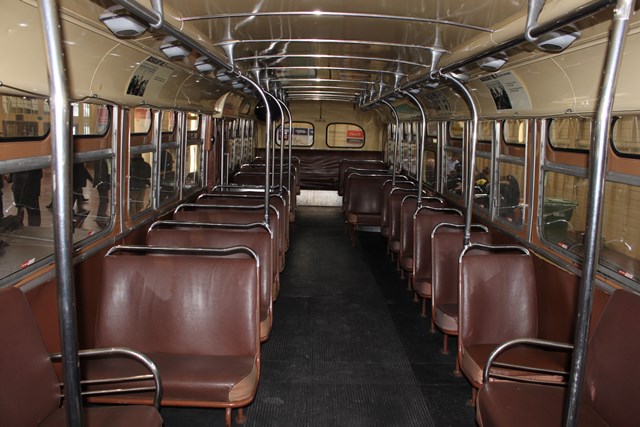 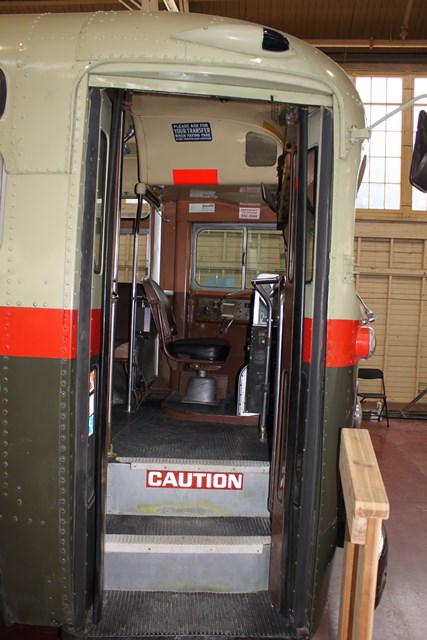 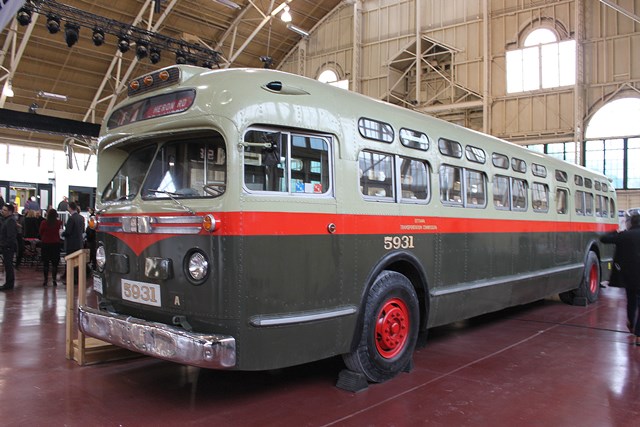 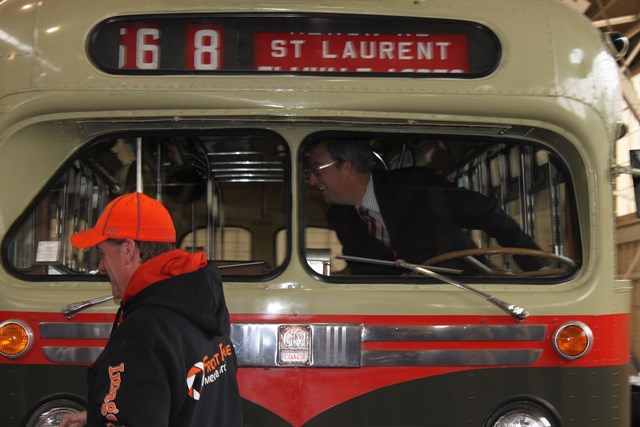 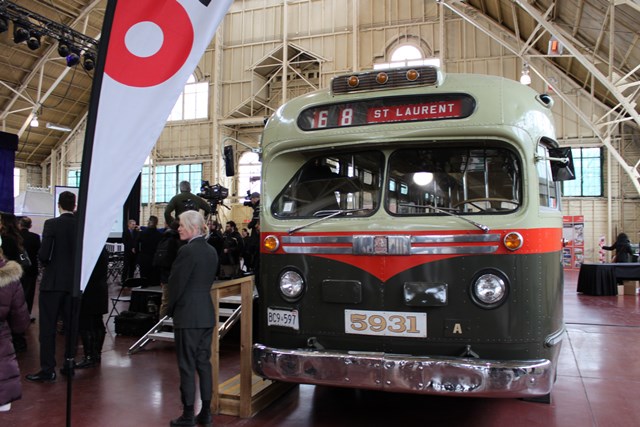