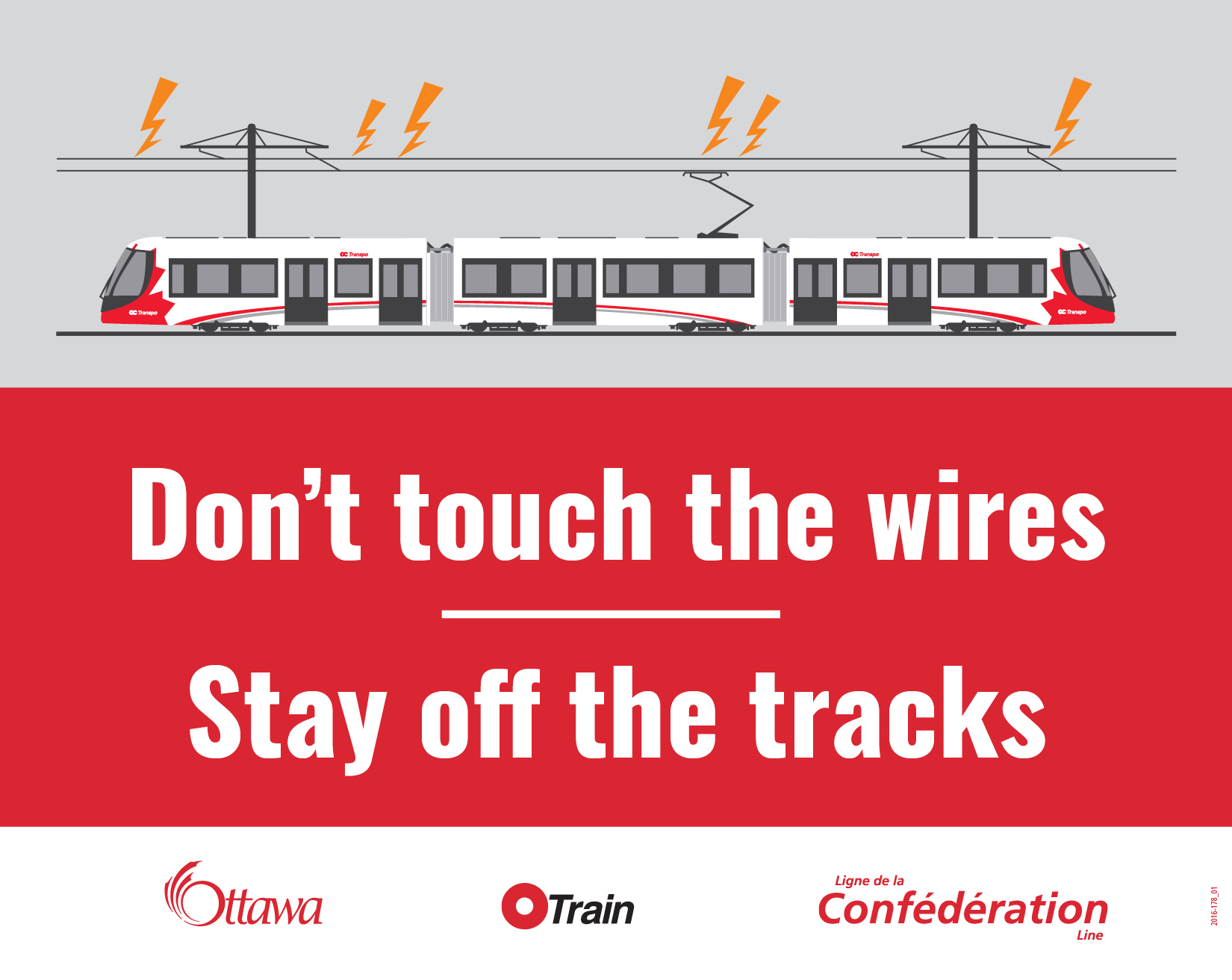 This is to advise you that starting in late September or mid-October, the overhead wires that power the O-Train Confederation Line light rail transit (LRT) vehicles will be going “live” in the east end from Blair to Tremblay stations, and along the tracks leading to the Belfast Yard Maintenance and Storage Facility.

This is to allow testing of the light rail vehicles to begin. The vehicles will be traveling at varying speeds to enable various dynamic tests to be performed. No members of the public will be on board during testing.

The on-track testing in that section will continue until spring of 2017. The remaining sections of the alignment will then be electrified in phases, with testing occurring until the end of 2017. Starting in January 2018, testing will take place across the entire alignment until Confederation Line service begins in 2018.

The live wires will be over the LRT tracks between Blair Station at the Gloucester Centre and Tremblay Station (at the VIA Rail Ottawa Train Station), and along the tracks leading to the Belfast Yard facility at 805 Belfast Rd.

Once this occurs, potential safety hazards will exist that the public should be aware of in order to avoid electrocution or getting in the way of a moving LRT vehicle.

The City is undertaking a public safety awareness campaign to highlight the dangers of the electrified overhead wires and of being on or near the LRT corridor. This campaign will outline safety precautions, while also highlighting this important milestone of the Confederation Line project.

The City will be asking all residents to take note of the following safety measures:

I strongly encourage all parents to educate their children about rail and electrical safety, and discourage them from going near the LRT corridor at any time.

Information posters, public service announcements, social media posts and warning signs adjacent to the LRT corridor will all be used by the City to help inform the public of the potential dangers around the area.

Despite the risks that come from any light rail system, the City wants to assure all residents that this is a well-established and safe system that is used widely in many cities, without incident.

I appreciate your cooperation in adhering to these safety measures, and talking to your families about them. This is an exciting milestone for the Confederation Line project.