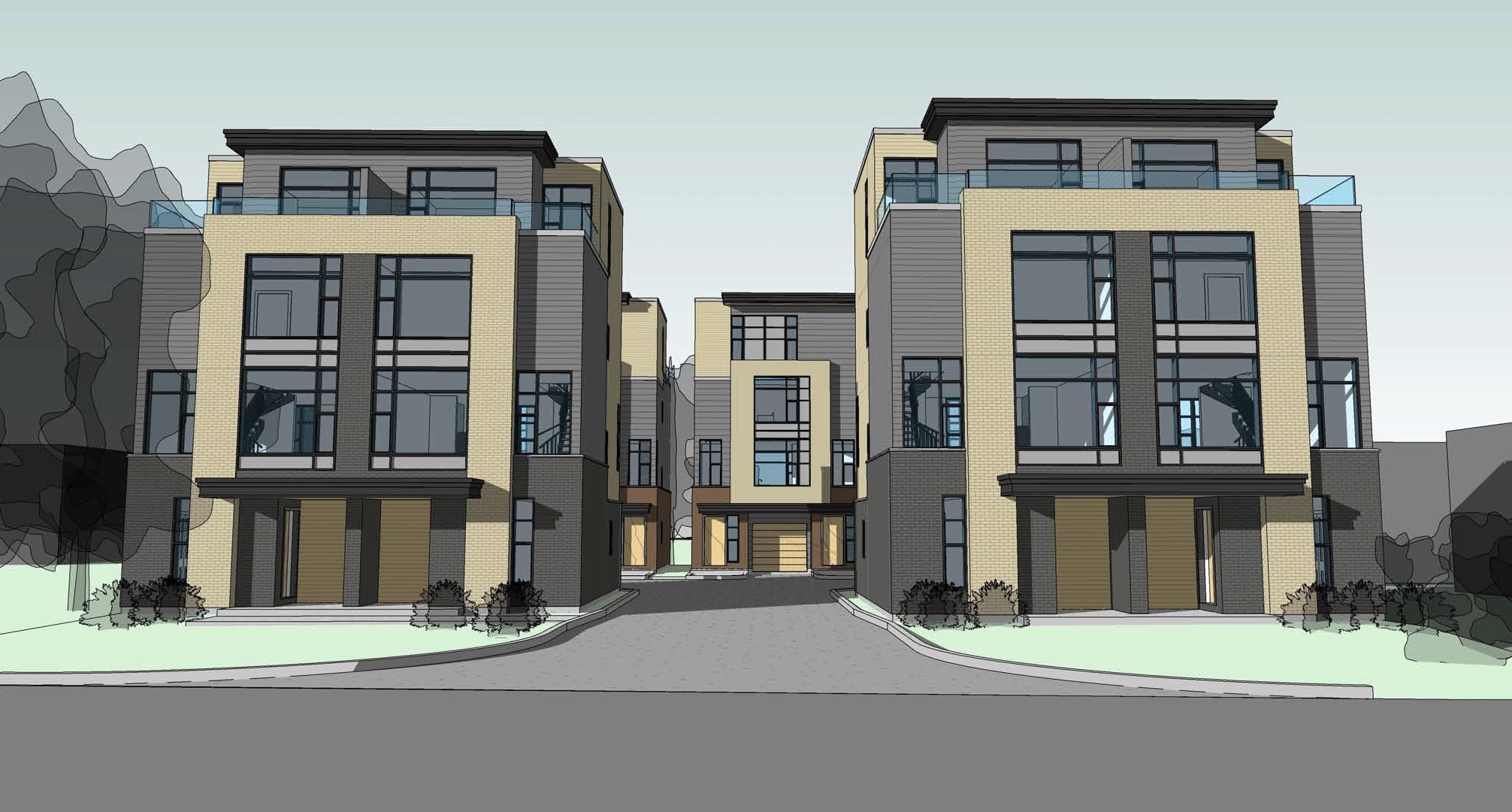 The City of Ottawa has received a Site Plan Control application to construct nine new four-storey semi-detached and townhouse units, with an associated private driveway and 18 surface parking spaces.

The site is located on the west of Fisher Avenue, between Trent Street and Baseline Road, in the Carlington Community.

The site has an area of approximately 1525 square metres and is currently occupied by a two-storey single detached dwelling. The site has approximately 32 metres of frontage on Fisher Avenue to the east, and is adjacent to the Central Experimental Farm site to the east and further to the south. Directly abutting the site to the south is the Turnbull Private Elementary School. To the west of the site is the school yard, and further west is the Meadowvale Terrace Park. To the north of the site, along Trent Street, is low density residential development.

The purpose of the application is to allow for the construction of nine new semi-detached and townhouse units, within four separate buildings, as part of a Planned Unit Development. The site will include four blocks, three of which will be occupied by semi-detached dwellings, and the last, located at the rear northwest corner of the property, will be occupied by a three-unit townhouse dwelling. The parking and driveway access will be located in the centre of the site. A six metre rear yard will be provided, and the site will be bound by a retaining wall along the south, west and north property lines.

The buildings will be four-storeys with a height of 14 metres. Balconies will be located on the front and rear facades. Two parking spaces will be provided for each unit, for a total of 18 parking spaces. The parking will be a tandem design to include one space in the garage and one in the driveway. Access to the site will be via a private two-lane drive aisle off of Fisher Avenue.

The site is currently zoned R3A [2229] (Residential Third Density, Subzone A, Exception 2229) which permits semi-detached and townhouse units, as well as a Planned Unit Development.

The target date upon which a decision on the application is to be rendered by the Planning and Growth Management Department, via delegated authority, is March 20, 2016.

Please provide comments by February 5, 2016 to:

To view a copy of the site plan and other related materials, please click the following links:

To see my recent community update on this project, please click the following links: